My breath came in short, disjointed gasps as I struggled for air.  Something sticky and unyielding covered my mouth… duct tape.

A blindfold robbed me of sight.

Where the hell was I?  What was happening?

Fear spiked in my chest as I discovered cold metal handcuffs circled my wrists.  My heart pounded so hard I feared it might explode in my chest.

Panic struck me anew as I realized my hands were chained to something stationary… rough-hewn wood—-a thick beam?   Struggling to sit up, I leaned uncomfortably against it.

With all my senses on high alert, I tried to take in my surroundings, but since I couldn’t see, I was limited to sounds and smells.  I studied those as I fought to keep calm.

A slow drip of water pelted a surface from somewhere in the darkness, like an old tap dripping into a metal utility sink.

What else could I hear?

I strained my ears for any familiar sound—a tv or radio, people talking, cars driving by.  I heard a low hum… an appliance perhaps.

I’d studied at Le Cordon Bleu in Paris and owned my own restaurant.  Amongst my peers I was somewhat famous for my acute sense of smell, for I could decipher the ingredients of almost any dish simply by inhaling its aroma.  I was usually correct, right down to the quarter teaspoon of spice.

Right now I put my keen olfactory system to work, sniffing the air for clues as to where I was being held.

There was definitely a kitchen nearby.

Fear slid through my blood as the full realization hit me.

I, Cate Bancroft, chef, triathlete, daughter, wife and friend, had been abducted.

My head jolted at a sound.

A door swung slowly on a creaky hinge.

Every nerve in my body tensed as someone approached.

My breathing quickened, but I tried not to make a sound.  I didn’t want him to know how frightened I was.

Though I knew nothing about my abductor, I did know he’d want me to be frightened.  He’d want to see my fear, to taste and smell it as if it was a delicious meal placed before him.

I’d be damned if I sated his sick appetites, whatever they were.

“I see you’re awake,” the man said, his voice thick and husky.  There was a trace of an accent… Russian?  German?  Perhaps Scandanavian.

I flinched as he pulled the blindfold from my eyes.  Blinking quickly, I forced myself to look up at my abductor.

Cold grey eyes regarded me from a Slavic-looking face.  His skin was pockmarked and his nose looked as if it had been broken more than once.  He smiled, revealing crooked, neglected teeth.

“Hello, Princess.  Welcome to your new home.  I hope you find your stay here comfortable.”

The sound chilled me to the bone.

“What’s that?  You’ll have to speak up.”  He chuckled again at his own joke, then reached down to rip the duct-tape from my mouth.

Pain seared my skin like a waxing job from a nightmare, which was fitting.  This was a nightmare.

My gaze darted around the large space.  Thick wooden posts, rough-hewn center beams and enormous windows gave the place a unique look.  I noticed a kitchen area, an open-concept living room complete with sofas, chairs and lamps, and a spiral staircase that led to an upper landing.

This was a converted barn.

It was quite gorgeous, in fact, and I would have loved a tour if I wasn’t being held here against my will.

“Let me go,” I pleaded in a whisper.  I wasn’t usually the type of woman to beg, but I couldn’t help myself.  Fear was gaining on me again.  Soon I’d be in the middle of a full-blown anxiety attack and I dreaded it.

He stared at me thoughtfully.  “It’s funny.  They always say that.”

He walked away, toward the kitchen.  I heard him putter around, as if he were making himself some tea.

I could do nothing but sit there on the floor, handcuffed to a wooden beam, thanking God that he hadn’t immediately beaten or raped me.

Those were sad things to be thankful for.

Anxiety flooded though my body until I felt completely, blindingly numb.

What would happen to me here?  Would I be able to escape?  What if escape was impossible?  Would I die here in this place?

And what had happened to the others?

Read on for Exclusive Excerpts from the WATCH ME Series


I had so much dirt on Tinseltown’s  rich and famous, it could fill a dump truck.

God, they made me sick.  Especially now, as I lay on the hot rooftop, watching.

Hollywood’s A-List movie stars worked the red carpet in the distance.  Young actresses walked slowly by draped in designer gowns---dazzling white smiles shining as brightly as their Harry Winston diamonds.  Handsome, male stars grinned affably and poured on the charm as they were interviewed about their next movie role.

Nobody knew these people like I did, or what talented actors they truly were.  On the outside, Hollywood’s elite exuded beauty, sex appeal and attractiveness.  On the inside, they were drug addicts, drunks, perverts, and egotistical psychopaths.

For instance, there was blond, blue-eyed Scott Crandall looking handsome in his Armani tux.  I happened to know that the All-American Oscar winning actor liked to drug young teen-age girls and do unspeakable things to them—filming the attacks for his own entertainment, afterward.

And there was Ava Peters—actress, philanthropist, and child abuser.  She had seven adopted children whom she skillfully used as media props, but privately terrorized.

Of course, the murders had never been reported.

I watched as the beautiful Cassandra York—-who was getting Oscar buzz for her latest role as a struggling heroin addict—-posed for photographers.  The truth was that Cassie knew a lot more about heroin than she let on.  As a former drug addict from the wrong side of Memphis, the future Hollywood hottie had left her newborn baby in a dumpster.

Those were just a few of the miscreants who graced the red carpet at tonight’s high profile film awards-—America’s Sweethearts.

I learned a long time ago that if you allowed garbage to accumulate it would cause a host of problems—-disease, vermin, and the very degradation of society.

Guess what, America?  It’s time to take out the trash.

One thing was certain, I was about to give new meaning to the term “Must-See-TV.”

Focusing on one of the beautiful faces with the perfect smile, I felt a dizzying thrill as my finger squeezed the trigger.​

​I rose from the lounge chair and fired up my prized Kalamazoo Grill.  Nearby, a lively pair of grandparents played with their grandson on the beach.

That’s what it’s all about, right there.

As I cleaned off the grill, my cell phone rang.

There was a pause on the other end.

I froze for a second or two.  I hadn’t heard that voice in a very long time.  In fact,  I never thought I’d ever hear it again.

Slowly I turned away from the barbecue and gazed across the water as I waited for her to continue.

“Nick, I’m desperate,” she said, her voice cracking. “Someone’s trying to kill me.”

“And it’s not only me, they’re trying to kill my sister, too.”

I’d known Bethany and Brianna Cavendish back in Maine.  They’d arrived in Bar Harbor during their sophomore year, moving in with an aunt and uncle after their parents’ deaths.   I was in my first year of college and met them through friends.

Despite their tragic circumstances, the twins were an immediate sensation in our close-knit town.  Their blond-haired, blue-eyed good looks were identical, but their personalities were very different.

Brianna was the wild child—-outgoing, outrageous, and daring.  She had the entire football team wrapped around her finger and dated a different guy each week.

Bethany was the good girl—-studious, sweet and dedicated.  She had her heart set on going to college and maybe becoming a nurse.

I’d fallen hard for Beth and we were inseparable while we dated.

My parents insisted I give college a try, and I did, but I had plans for a career in the Army.  Even though I loved Bethany, I couldn’t rearrange my life for her the way she wanted.  After an incredibly painful argument, our relationship ended.

“Have you called the police?”  I asked.

“No.  It’s a very difficult situation.  We’re afraid to call them.  Certain people are very well-connected down here.”

“Where are you calling from?”

“Vacherie, outside of New Orleans.”

I didn’t bother to ask how she ended up in Louisiana.  She could fill me in later.

“How did you get this number?” I asked.

Phoenix, my private investigation firm, was incredibly exclusive.  Officially, we didn’t even exist.  Only a handful of people had my private cell number, and most of them were high up in the U.S. Government.

“I called your mother.”

It must really be serious if Beth was willing to do that.

“If you want Phoenix to investigate, I can send an operative to meet you within the hour.” 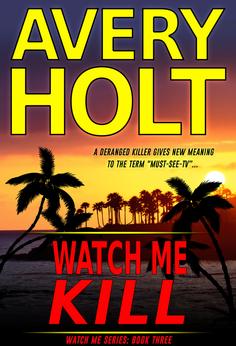 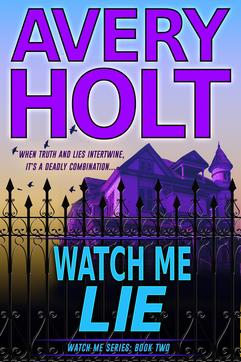 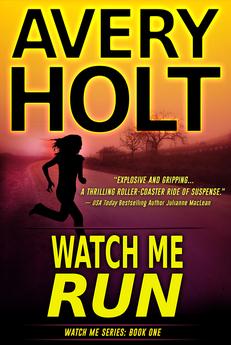